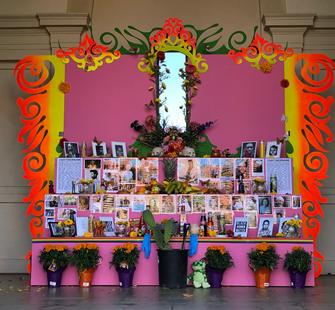 Veinte/Veinte serves as a space for community to reflect and honor the memories of love ones that are no longer here with us. Altars are usually associated with healing, reflection and remembrance. However, this altar can also be symbolic of a peaceful protest. Current challenging issues such as a world pandemic have magnified existing social, political and racial inequalities.

Veinte/Veinte is dedicated to all the Black lives that have been lost to police violence and to all the people that we lost to COVID-19.