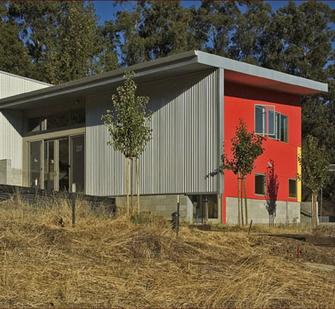 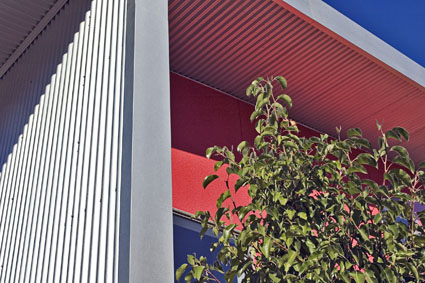 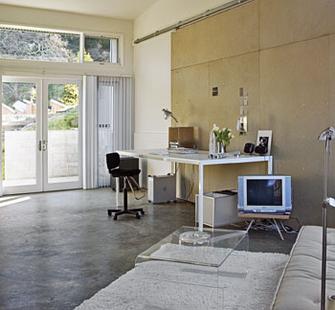 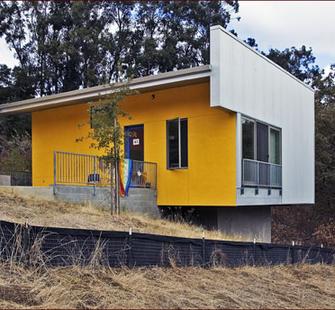 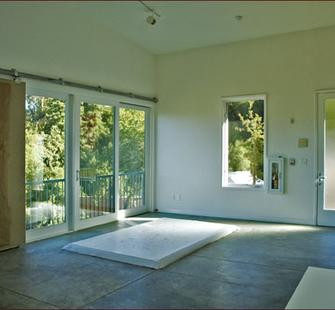 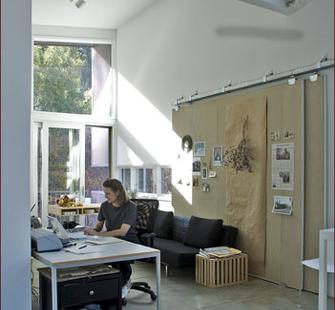 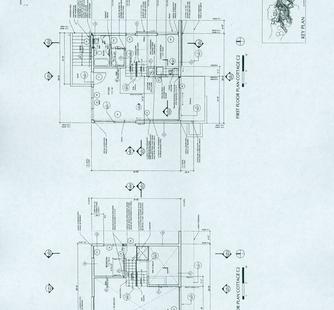 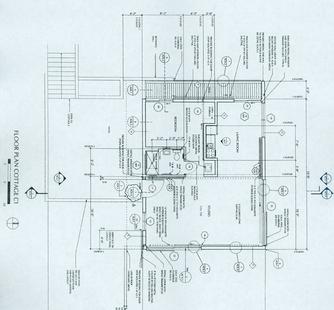 Mark Mack of MACK Architect(s), Venice, California, and conceptual artist David Ireland collaborated for a second time to work on the Montalvo project. In 1989 the pair directed the remodel of the former army barracks at Headlands Center for the Arts in Sausalito, resulting in a series of furniture for lectures, seminars and encounters that required flexibility of use. Besides his numerous awards from Architectural Record and Progressive Architecture, Mack’s conceptual and built work has been exhibited in a variety of forums from two Venice Biennales (1980 & 1996) to the San Francisco Museum of Modern Art (1993). Ireland has long been associated with artist residency projects, most notably being a pivotal force in the establishment of the Capp Street Project in San Franc

Mack and Ireland used the “pinwheel” house designed in 1954 by Peter Blake in collaboration with Jackson Pollack as a jumping off point for their collaboration on two visual artists’ live/work spaces. Each with its own signature stylistic qualities, the two studios compliment one another. Artist and architect established the sizing of the building and its spaces to create a comfortable environment for the visiting artists.