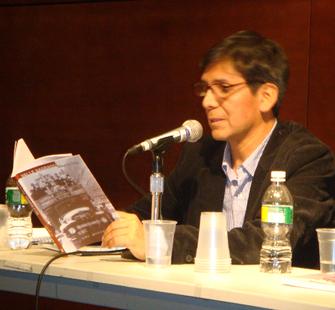 Odi Gonzales was born in Cusco, Peru. He speaks simultaneously Quechua and Spanish. Between the years of 1990-2000, he was college professor in Peru. Moreover, later on he won a scholarship with The University of Maryland, College Park where he made his postgraduate studies in Latinamerican Literature and he taught Quechua Language and Culture. In US he also worked as a translator from Quechua and as an investigator for National Geographic Televison, The Smithonian, National Museum of American Indian, and National Foreign Language Center of Washington D.C. He has published  6 poetry books in which his contribution has been to incorporate voices coming from the Quechua oral language into the poetic speech, reaching a coral poetry.He currently teaches Quechua Language and Culture at New York University