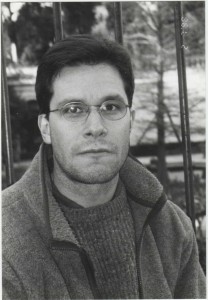 A jazz musician and sound/text performer, Michael Ives’ work with the performance trio, F’loom, was featured several times on National Public Radio, the CBC, and in various international anthologies of sound poetry. As a member of F’loom, he shared the stage with a wide range of artists, including Eric Bogosian, Lili Tomlin, Margaret Atwood, and Paul Metcalf. He is the author of The External Combustion Engine, from Futurepoem Books. His poetry and prose have appeared in numerous magazines and journals both in the United States and abroad. He has taught in the Written Arts program at Bard College since 2003.