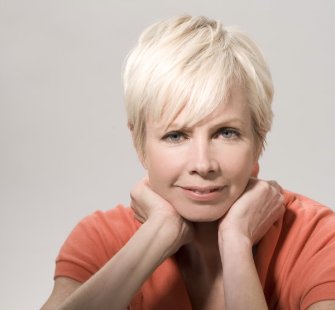 Joan Jeanrenaud, cellist and composer, grew up in a small town outside Memphis, Tennessee where she began studying the cello under Peter Spurbeck at age eleven.  Her commitment to music deepened during her work with Fritz Magg at Indiana University where she obtained a Bachelor of Music degree and her subsequent private studies with Pierre Fournier in Geneva, Switzerland.

In 1978 Jeanrenaud joined the Kronos Quartet, a position she held for twenty years.  For two decades she worked with hundreds of composers and musicians including John Cage, Frank Zappa, Morton Feldman, Philip Glass, Witold Lutoslawski, Joan Armatrading, Steve Reich, Pauline Oliveros, Astor Piazzolla, Sofia Gubadulina, Foday Muso Suso, David Byrne, Terry Riley, John Zorn and many others.  She performed more than 2,000 concerts throughout the world and made over thirty recordings with Kronos, most of which were released on Nonesuch Records.

Upon leaving Kronos in 1999 she began her pursuit of solo and collaborative projects in composition, improvisation, electronics, video and multi-disciplinary performance. In the 2000-01 season she was Artist-in-Residence at the Yerba Buena Center for the Arts where she created an evening-length solo work called “Metamorphosis” and the installation piece “Ice Cello”, inspired by the work of the Fluxus artist Charlotte Moorman. Eiko and Koma commissioned the collaboration “Be With” for solo cello and dance premiered in live performances at he Kennedy Center, Joyce Theater, and the Yerba Buena Center during the 2001-02 season. In June 2003 Jeanrenaud completed and performed her hour long composition for the multi-media piece, “In Between”, with Bay Area visual artist Tom Bonauro featuring percussionist William Winant. In 2004 Jeanrenaud was a featured performer and composer for San Francisco’s Other Minds Festival writing the cello and electronics piece “Hommage” for the occasion. In 2006 Jeanrenaud composed and performed the score for “Humansville”, a performance installation for the Joe Goode Performance Group. In addition to performing her own compositions, several composers have written new works for her, including Terry Riley, Hamza El Din, Steve Mackey, Fred Frith, Kevin Volans, Karen Tanaka, Paul Dresher, Mark Grey, Anthony Davis, Alvin Curran and Annie Gosfield. As an improviser she collaborates with Larry Ochs, Miya Masaoka, Stephen Vitiello and Fred Frith among others.

Jeanrenaud was awarded composer residencies at the Djerassi Resident Artists Program in 2007 and the Sally and Don Lucas Artists Programs at the Montalvo Arts Center in 2008.  Currently she is developing the installation work ‘ARIA’ with long time collaborator Alessandro Moruzzi to be premiered in 2008. Her solo work is available on the New Albion release of ‘Metamorphosis’ as well as many other recordings on various labels released in the last several years. Her new CD, ‘Strange Toys’ will be released on the Talking House label in 2008.