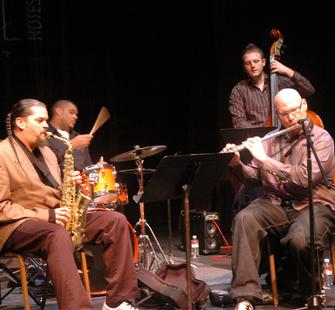 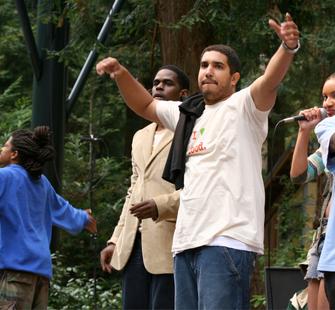 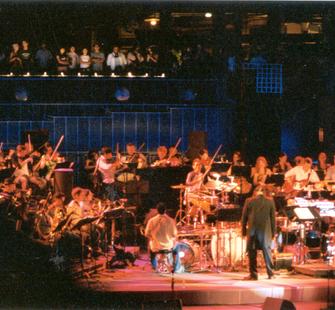 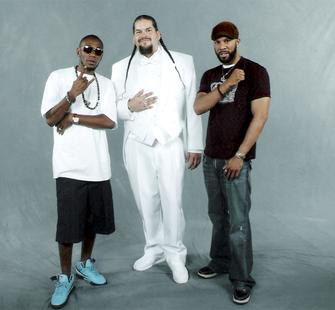 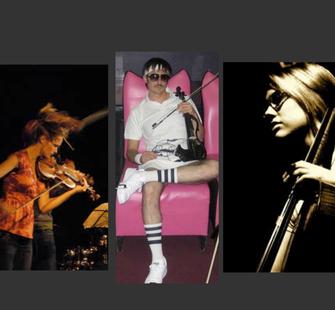 Get Flash to see this player.

Initially trained at Boston’s Berklee College of Music as a saxophone player, Double G soon discovered his talent as a conductor and composer. Throughout his early career, Double G regularly played the saxophone at underground hip hop clubs while at the same time working under the tutelage of maestro Larry Baird. It was during this time that Double G began to explore the possibility of bringing together formally and informally trained musicians to create a new sound.

In 1999, upon moving to Los Angeles, Double G co-founded daKAH, which debuted as a 23-piece orchestra at Santa Monica’s Temple Bar. In the last decade, daKAH has expanded greatly and has become known for its blending of musical genres and cultural sounds. The daKAH Hip Hop Orchestra has now grown into an eclectic group of musicians, combining the more traditional orchestral instruments of strings, horns and percussion with turntables and vocalists. Under Double G’s direction, the Orchestra has played at venues including The Walt Disney Concert Hall, UCLA’s Royce Hall, and the Hollywood Bowl.

In addition to working with the daKAH Hip Hop Orchestra, Double G produces and arranges for well-known contemporary musicians including Outkast, India Arie, John Frusciante and Everlast. He has also completed work for companies such as Nike and Scion, and he has worked on films such as Dreamworks’ Head of State.