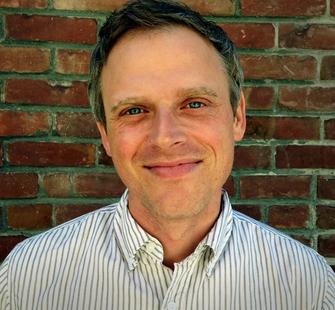 David S. Washburn is filmmaker from Oakland, CA. His latest documentary, An American Mosque, was broadcast on PBS stations nationwide in 2014-15. It tells the story of an unprecedented hate-crime that destroyed a mosque in California and the interfaith healing that followed the fire. The Southern Poverty Law Center praised the film, “An American Mosque beautifully demonstrates the story of triumph, hope and activism that followed a painful act of religious intolerance.” The film was selected as part of the U.S. State Department’s film diplomacy program, American Film Showcase, for 2015-16.  It has been honored with awards from major Muslim civil liberties groups, establishing Washburn as an important voice for contemporary storytelling on the American Muslim community. Most recently, he produced documentaries for the Veterans Documentary Corps, a digital storytelling project at San Francisco State University that profiles veterans in California. Washburn is a former Jacob Javits fellow, and recipient of awards from Cal Humanities, Center for Cultural Innovation, Pacific Pioneer Fund, among others. He holds an MFA in Cinema from San Francisco State, and BA in History from UC Berkeley.