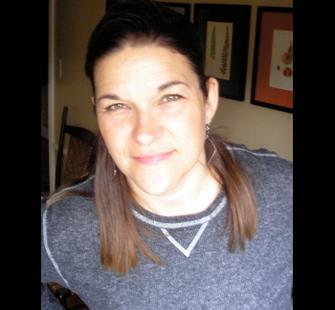 COREY MADDEN is a Los Angeles’ based writer/director whose signature works fuse music, movement and text. She is the founder of L’Atelier Arts and a 2008 Rockefeller Multi-Arts award- winner. Madden was Associate Artistic Director of the Mark Taper Forum from 1993-2005 and Producing Director of Performing for Los Angeles Youth at Center Theatre Group from 1999 to 2007.

Recent works: Rock, Paper, Scissors- a silent comedy at Childsplay in Phoenix, AZ.; Surf Orpheus developed in residencies at UCSD, the Getty Villa and Oregon Shakespeare Festival; Worth public reading at the Pasadena Playhouse and Angels Gate. Madden also directs new plays and musicals, dance-theatre and opera at venues such as the Music Center of Los Angeles, John Anson Ford Amphitheatre, Universal Studios Hollywood, the John F. Kennedy Center for the Arts, The Public Theatre in New York, Actors Theatre of Louisville as well as educational and community based organizations. Madden received Los Angeles’ Women in Theatre’s Rainbow Award in 2005 for her commitment to diversity and was recently awarded a 2009 graduate fellowship in the Creative Writing Program at USC. Madden has been a guest artist or adjunct faculty at UCSD, UCLA, University of Washington, and California Institute of the Arts and an advisor to the Kenan Institute for the Arts in North Carolina and to the Getty Museum.