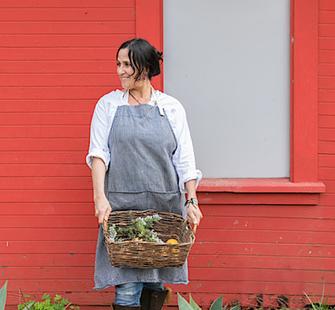 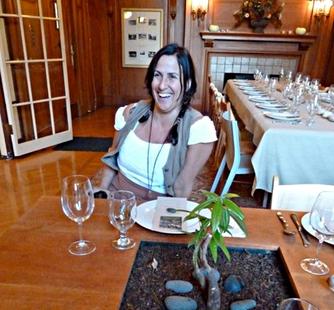 Andrea Blum is a journalist, writer and chef turned food entrepreneur. Born in Pennsylvania and raised in California, her passion for food ignited when as a 20 year old she took a year to study in France. There she discovered the stories, art and cultural significance of food that would quickly become part of a lifelong fascination.

Andrea returned to Italy where she studied fresco painting and restoration. However, her off time was spent exploring the cooking, farming, and culture of the Italian food world, with mothers, grandmothers, master cheesemakers, and artisans.  In 2003, Andrea traded her paintbrush for pen, graduating from Columbia University in Journalism with awards in social justice reporting. She covered the UN, immigration and environmental issues. She has since worked as reporter covering the environment in Northern California. But she also stayed close to her passion for food, writing for newspapers and magazines such Gourmet and Saveur and hosting tours to discover and indulge in Italian regional food worlds such as the Cilento and Amalfi Coast of Campania.  Andrea’s interests have always been related to the geography of food; she seeks to discover the stories each dish can tell whether it’s from the highlands of Tibet or in remote villages in Turkey. She recently started an online marketplace and aerial photographic project called My American Pantry (MAP) creating an atlas of the American artisan food and drink landscape. The start-up is an extension of her geographic quest to follow food back to where it’s made. Only this time, she has chosen to focus on American artisan food, its rebirth, its makers and its terroir. You can learn more about My American Pantry at www.myamericanpantry.com.