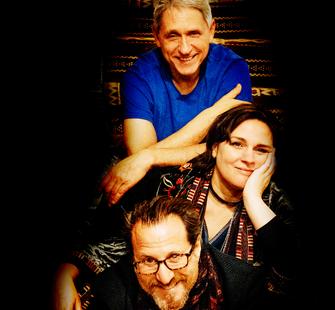 Madeleine Peyroux's extraordinary journey is one of music industry’s most compelling: Eight albums and 22 years since her debut Dreamland, Peyroux continues to challenge the confines of jazz, venturing into the fertile fields of contemporary music with unfading curiosity.

For her Dreamers Tour, Peyroux is joined by keyboardist Andy Ezrin and drummer Graham Hawthorne as they weave their spell on audiences. "Trios have great dynamic presence," explains Peyroux. "Leaving just enough natural empty space around every sound so as to allow the listener to fill that with dreams."

The three come together to create a lavish bed for Peyroux's sultry brand of torch song vocals, and self-styled guitar playing. True to her musical style, they appropriate an eclectic list of cover songs and make them their own, as they effortlessly meld romance with modernism, early blues, jazz, and rock & roll with the impressionists.

Audiences can expect to hear potent tunes from the politically-charged Anthem, classics from the artist’s extensive back catalogue, originals, and much-loved covers -- all performed to Peroux's trademark high-quality, laidback style.

“With this trio I would like to soothe and be soothed,” says Peyroux, "have fun, speak truth, and feel good."