with The High Water Line


Service fees may apply and are non-refundable.
Montalvo donor discounts are offered on select events; donors, please Log In to access special ticket prices. Box Office is open one hour prior to all show times. 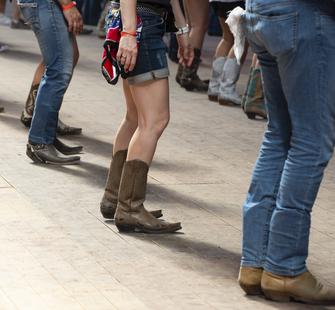 Join us on our beautiful Garden Terrace for a summer evening of live music and dancing!

Celebrate the rich history of some of the dance and musical stylings that originate from within the United States. This evening will explore line dancing, couple’s country, and the lively string, vocal, and percussive traditions of bluegrass. Join us at 6:30pm for one of our two dance classes, where you’ll learn and review basic footwork and fundamentals of either Line Dancing or the Two-Step & Cowboy Cha Cha. After the class, put your skills to practice as The High Water Line takes us into the night with their hard-driving West Coast bluegrass sound.

Come to listen or to learn—or both! It’s sure to be an exceptional night of music and dance at Montalvo.

ABOUT THE HIGH WATER LINE

The High Water Line is a five piece bluegrass band of San Francisco Bay Area musicians, who have blended their diverse musical tastes and experiences to create a hard-driving West Coast bluegrass sound that is all their own. These five talented musicians came together in the spring of 2017, integrating their divergent backgrounds to create bluegrass music that is unique yet universally accessible, innovative yet rooted deeply in tradition, fresh but still familiar.

Line Dancing: A type of non-partnered country western dancing in which a group of dancers line up in a row and follow a choreographed pattern of steps to music. Each dance consists of a number of walls, or the direction in which the dancers face at any given time. The steps are straightforward and repeat as a series, making it easy for beginners to catch on and keep up. Modern Line dancing has a quite a few influences including square dance, disco and folk traditional dances. Today, you can line dance to many different types of music including country, pop, Latin, techno & hip hop.

Two-Step & Cowboy Cha Cha: The two-step and cowboy cha cha are both popular couples dances ideal for country music. The two-step features a quick-quick-slow-slow step pattern, as well as fast turns and spins for partners to enjoy. The dance has roots in the 18th century ballroom dance called the minuet and has been adapted into several sub-styles. The cowboy cha cha, as its name suggests, has roots in the Latin Cha Cha Cha from Cuba. In the Cowboy Cha Cha, the partners shadow, or dance to the side or behind each other. The dance features rock steps and triple steps in time with the beat. 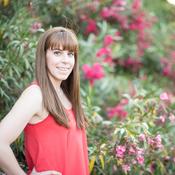 Dance has always been a huge part of Micaela Terry’s life. She was first introduced to country music by her father, and started line dancing in her teens. After college, she returned to line dancing and has been hooked ever since. She has been teaching with Adam the Dancing Cowboy and his team since 2015, performs with a country line dance group called the Rebel Soles, and in 2018 won a Choreography competition at Vegas Dance Explosion with her beginner line dance Mayday, Mayday. Today, Micaela teaches line dance and country two step at the Saddle Rack in Fremont as well as a weekly beginning line dance class at Dance Boulevard. 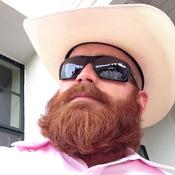 Adam the Dancing Cowboy gets the crowd up and moving using fun and easy country dance lessons that break dances into small and easy-to-learn sections. He learned country dancing in the late 90s in college and honed his skills teaching friends at the local clubs. In 2003, Adam became an assistant instructor at the Saddle Rack and helped teach lessons there; in 2010, he became the resident DJ & Country Dance Instructor at Rodeo Club.