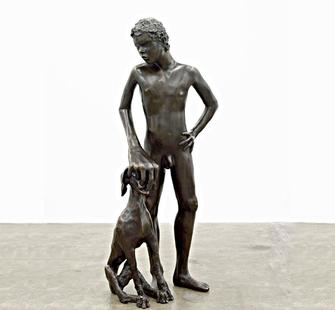 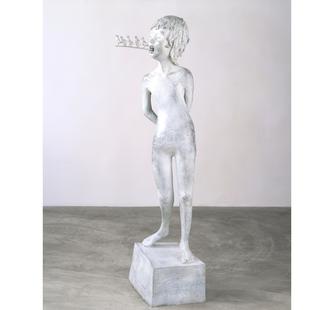 Join us to celebrate the opening of a new art exhibit at the Project Space Gallery, Human Nature.

Visit our Facebook Event page for this reception, RSVP and become a fan!

Los angles-based artist Tim Hawkinson, a native San Franciscan, earned his BA from San Jose State University, and received his MFA from the University of California, Los Angeles. Hawkinson is renowned for creating complex sculptural systems through surprisingly simple means. His fascination with music and notation is often reflected in his work through tuned and assembled cardboard tubes and everyday items. The source of inspiration for many of his pieces has been the re-imagining of his own body and what it means to make a self-portrait of this fictionalized body. His works also evoke his obsession with life, death, and the passage of time. His work has been exhibited in numerous International exhibitions, including the 1999 Venice Biennale, as well as at the Massachusetts Museum of Contemporary Art; The Power Plant, Toronto, Canada; the 2002 Whitney Biennial, New York, NY; the 2003 Corcoran Biennial, Washington, DC; and The Getty Center, Los Angeles. In 2005, the Los Angeles County Museum of Art organized a retrospective of his work.

French artist Céleste Boursier-Mougenot’s work merges the realms of the musical and the visual, mining unexpected sources for musical potential and creating situations or devices in which sonic events are expressed visually or visual informational is expressed sonically. Evoking ideas about technological production, language, chance operations and systems of translation, Boursier-Mougenot converges multi-sensory phenomena with a cerebral investigation of the mechanisms of sight and sound in his installations. Boursier-Mougenot’s work is in major public and private collections around the world, including Centre Georges Pompidou, Paris; the Museum of Old and New Art, Hobart, Tasmania; the Israel Museum, Jerusalem; the Museum of Contemporary Art San Diego, CA; the Fonds National d’Art Contemporain, Paris; and Fonds Régional d’Art Contemporain, Reims, France. He lives and works in Sète, France.

Paris-based artist Ariane Michel makes installations, performances, or simple screenings, in which video and film recur with the intention of creating perceptive experiences. A graduate of the École Nationale Supérieure des Arts Décoratifs in Paris, Michel’s work has been shown internationally at such venues as Fonds Régional d’Art Contemporain, Reims, France, and the Museum of Modern Art, New York, NY. Her films have been shown at the International Film Festivals in Locarno, Switzerland and Rotterdam, Netherlands; the International Documentary Film Festival in Marseilles, France, and Art Basel 38. Her film LES HOMMES, a 2006 Grand Prize winner at FID in Marseilles, was theatrically released in France in 2008.

Born in Kyoto, Japan, Misako Inaoka, received her BFA in printmaking from the Rhode Island School of Design, where she participated in the school’s European Honors Program and spent a year in Rome, Italy. She received her MFA from Mills College. With a focus on mixed media sculpture and site-specific installation, the Bay Area-based artist’s work has been shown at the Yerba Buena Center for the Arts; the de Young Museum; the de Saisset Museum at Santa Clara University, CA; and the San Jose Institute of Contemporary Art, CA. She has exhibited in galleries in San Francisco, New York, Seattle, Texas, Japan, England, China and Italy. She is a recipient of a National Endowment of the Arts for MacDowell Colony residency and S & R Foundation’s Washington Award.

Born in Tel Aviv, Israel, Dana Harel currently lives in the Bay Area, where she received a BA in Architecture from the California College for the Arts. Harel creates large-scale graphite on paper drawings that evolve organically, fusing themes of man and environment. She has exhibited her work at the Viewing Program at the Drawing Center, New York, NY; the Napa Valley Museum of Art, CA; the Palo Alto Art Center, CA; Nebraska Wesleyan University, NE; and the Herzelia Museum of Contemporary Art in Israel.