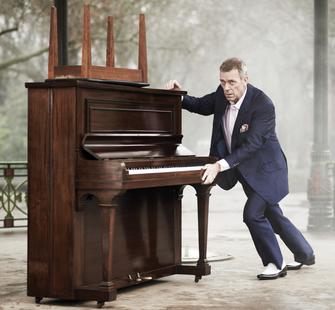 The multi-talented Hugh Laurie has had an exceptional career as an actor, producer, writer and musician/composer. Best known for his role on the hit television series House, Laurie has gone on to have a successful music career. In 2011, he released a New Orleans Blues album Let Them Talk, which was produced by two-time Grammy Award winner Joe Henry and features both musical and vocal collaborations. The success of Let Them Talk was followed by Laurie's second album Didn’t It Rain in 2013.

Dining on the Terrace
Pre-Concert Dining catered by Café Primavera

Join us on the elegant front veranda of the historic Villa for pre-concert dinner prepared by Café Primavera, our exclusive caterer for the Summer Concert series. Fresh, simple, seasonal, delicious...enhance your summer night!