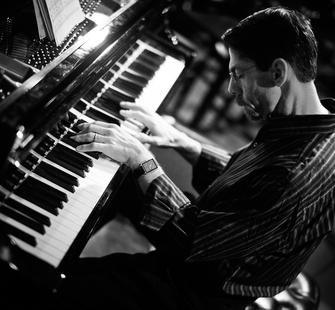 "An artist of unbounded imagination, ambition and skill, Hersch is one of the small handful of brilliant musicians of his generation" -- Downbeat Magazine

Fred Hersch balances his internationally recognized instrumental skills with significant achievements as a composer and bandleader. He was the first artist in the 75-year history of New York's legendary Village Vanguard to play week-long solo engagements. His second run was released on the 2011 CD, Alone at the Vanguard, and nominated for two 2012 Grammy Awards: Best Jazz Instrumental Album and Best Jazz Improvised Solo (for his interpretation of Monk's "Work").