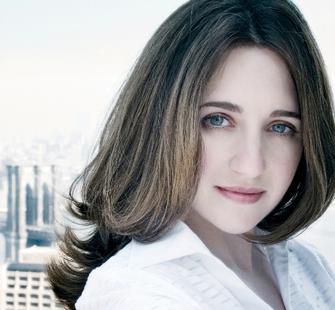 NOTE: This concert was originally scheduled for January 14. All tickets and seat locations for the January concert will be honored at this concert.

American pianist Simone Dinnerstein has been praised by TIME for her "arresting freshness and subtlety." The New York-based pianist gained international recognition because of the remarkable success of her recording of Bach's Goldberg Variations, which she raised the funds to record, and which was released on Telarc in 2007.

Dinnerstein has since signed an exclusive agreement with Sony, and her first album for that label - Bach: A Strange Beauty - was released in January 2011, immediately earning the No. 1 spot on the Billboard Classical Chart and making the Billboard Top 200, which compiles top selling albums in all genres. Dinnerstein is the only traditional classical artist to have appeared on this chart! In conjunction with the release, Dinnerstein was featured on CBS Sunday Morning.

Dinnerstein is founder of Neighborhood Classics, a concert series open to the public and hosted by New York City schools. The performances, featuring musicians who donate their services, raise funds for the schools. Dinnerstein has played concerts throughout the country for the Piatigorsky Foundation, which brings classical music to non-traditional venues. Most notably, she gave the first classical music performance in the Louisiana prison system when she played at the Avoyelles Correctional Center. She also performed at the Maryland Correctional Institution for Women in a concert organized by the Baltimore Symphony.

Simone Dinnerstein is a graduate of The Juilliard School. She was a winner of the Astral Artist National Auditions, and has twice received the Classical Recording Foundation Award. She lives in Brooklyn, New York with her husband and son. Her new album, Something Almost Being Said, will be released on January 31.