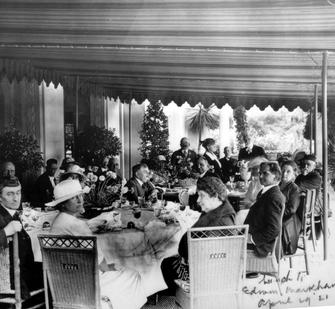 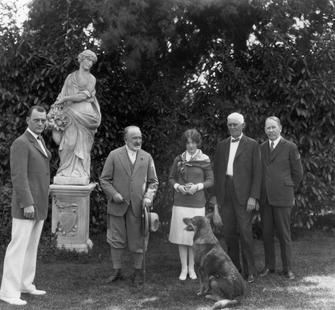 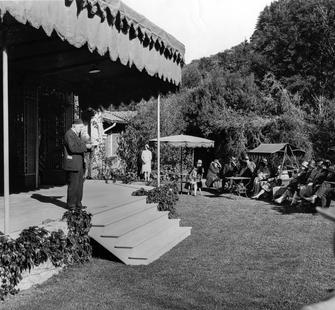 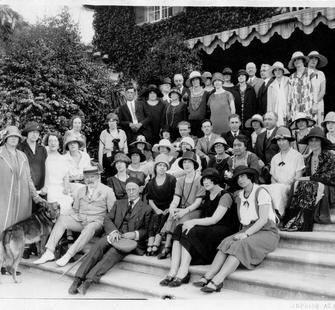 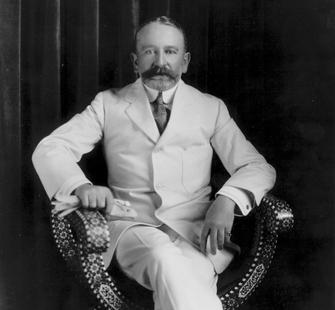 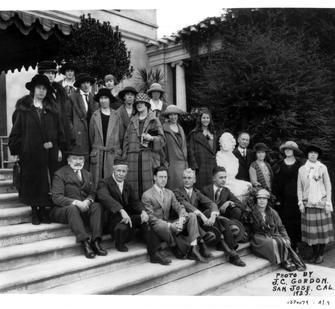 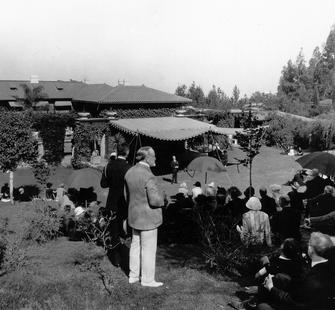 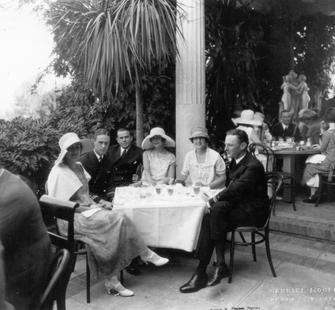 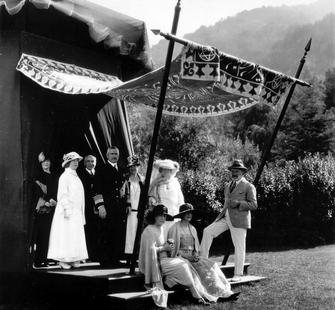 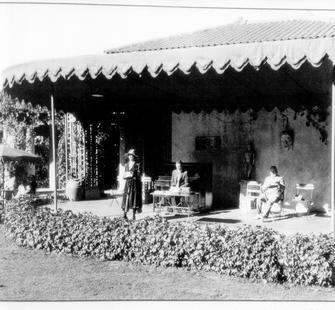 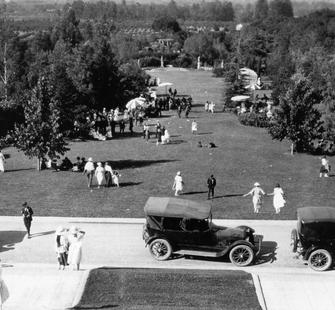 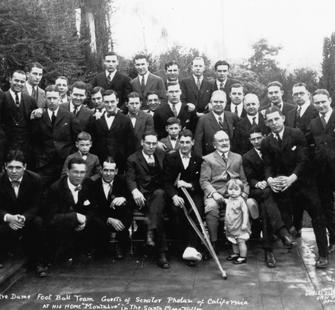 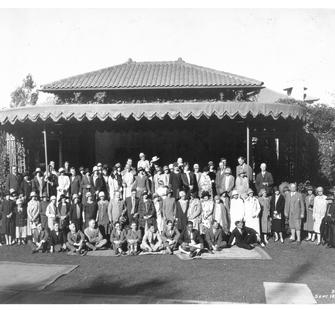 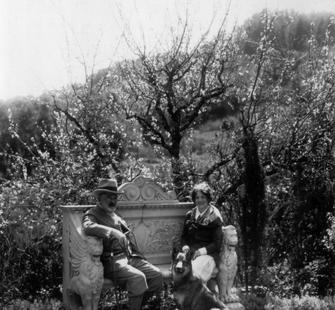 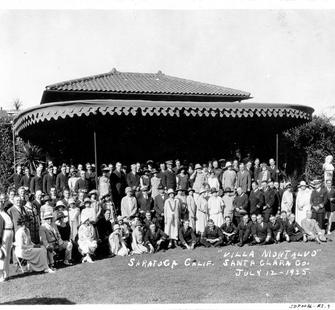 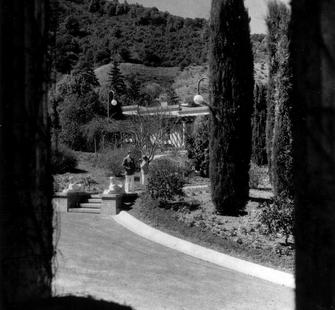 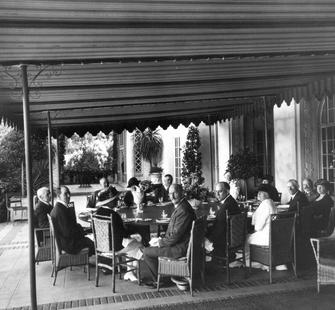 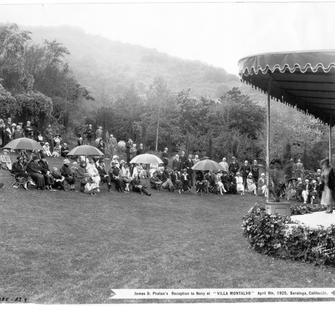 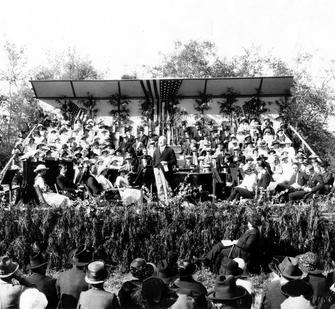 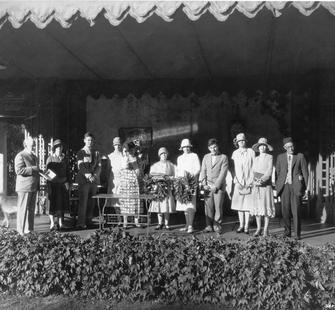 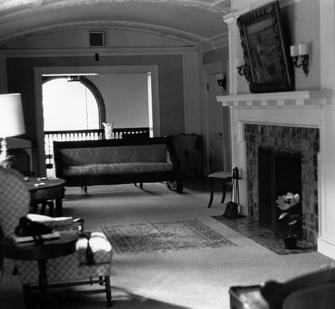 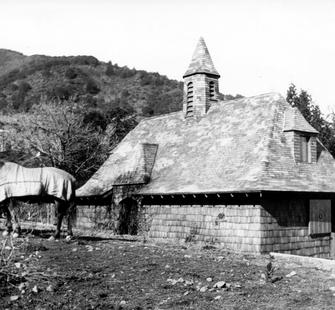 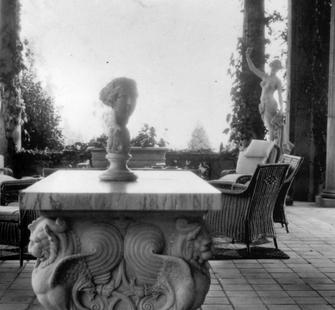 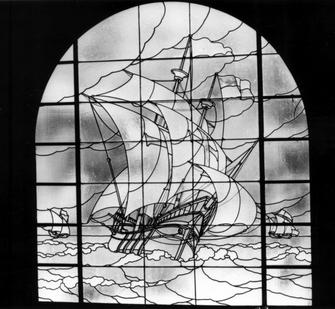 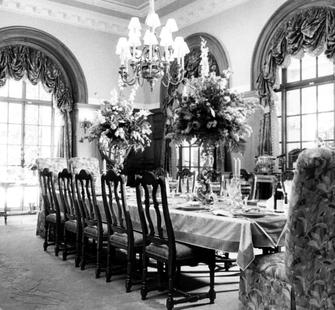 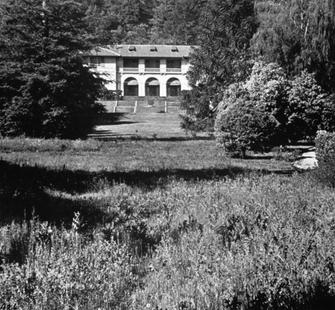 Villa Montalvo is a national historical landmark built in 1912 by James Duval Phelan (1861-1930). Phelan, who was a three-term mayor of San Francisco, went on to become California's first popularly-elected U.S. Senator. The estate was his beloved country home until his death in 1930.

The name "Villa Montalvo" is a reference to popular 16th-century Spanish writer Garci Ordóñez de Montalvo, who first coined the name "California." In one of his fables, he described an island rich with gold and jewels, peopled by Amazons whose queen was named Califia. On the mythical island of California, Montalvo's Amazons rode griffins, the winged guardians of precious treasure. Griffin statues can still be found throughout the Montalvo grounds, standing guard over one of California's true precious treasures.

In the Senator’s time, Villa Montalvo was a center of artistic, political, and social life in Northern California. Phelan invited writers and artists to Villa Montalvo to work on individual artistic projects—Jack London, Ethel Barrymore, Mary Pickford, Douglas Fairbanks, and Edwin Markham were among Phelan's many guests.

Senator Phelan is remembered as a patron of the arts, and an advocate for public health, women’s suffrage, and anti-corruption. He is responsible for creating public parks and protected natural spaces, and also for the damming of Hetch Hetchy Valley, which has served as a key water source for the San Francisco Bay Area for over a century. Phelan is also remembered for his nativist politics—especially his career-long endorsement of Asian exclusion acts and his opposition to Asian immigration—and for his failed bid for reelection to the Senate in 1920, with the campaign slogan “Keep California White.” Phelan’s political work eventually led to the Immigration Act of 1924, which banned Japanese immigration into the United States.

At his death, Senator Phelan was explicit in his bequest of Villa Montalvo. "I would like the property at Saratoga, California, known as Villa Montalvo, to be maintained as a public park open under reasonable restrictions, the buildings and grounds immediately surrounding the same to be used as far as possible for the development of art, literature, music, and architecture by promising students."

In 1930, the San Francisco Art Association assumed trusteeship of Villa Montalvo and within a year announced the intention to launch an artist residency program, the third program of its kind in the United States. In 1939, the Villa reopened to the public as an arts center with artists-in-residence and a small gallery in the Villa. At the official opening, Dr. Stephen Pepper, head of the art department at the University of California, stated, "Through the cooperation of artists and the community, Montalvo ­in its silence and beauty—will become one of the creative forces of the world."

Following World War II, a shift in priorities for the SFAA left many local citizens concerned about the future of Villa Montalvo. These citizens joined together to form the Montalvo Association, and in October 1953, trusteeship of the villa was turned over to that organization, where it remains today.

In 2005, the organization took the name “Montalvo Arts Center,” emphasizing its commitment to the arts of all kinds and sharing them with our diverse community.

Over 100 years after construction of the Villa was completed, Montalvo Arts Center animates these historic grounds with a vision to serve our community as a catalyst for discourse and cultural understanding.

We are home to the Lucas Artists Program, which serves as a creative incubator and cultural producer, supporting contemporary artists in their creative process. We commission multidisciplinary, culturally relevant works of art; we host festivals, art exhibitions, and other public programs that allow our community to connect with artists and the arts. We are a dynamic and innovative force for arts education. Every year, we impact the lives of nearly a quarter million people from all over the Bay Area.

We are passionately dedicated to diversity, and aim to serve as an inclusive  environment rich in dialogue and fellowship for all our patrons. In all our programs and projects, we are guided by the sincere belief that the arts belong to everyone, and that they enrich our lives, help us explore complex topics, spark necessary conversations, and bring us together as a community.